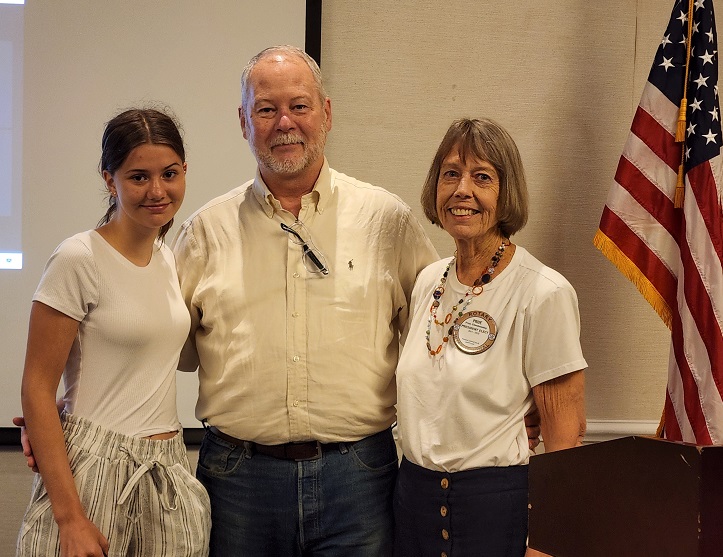 Sara Oliver, a 17-year-old Rotary Interact student at Broadneck High School, has just arrived in Sorocaba, Brazil to begin a year living and studying sponsored by the Rotary Club of Parole (Annapolis). Even though she graduated from Broadneck in three years, her schooling will be the equivalent of the second half of her junior year and the first half of her senior year in Brazil.

Sara began her application process two years ago, but it was postponed because of the pandemic.
Brazil was not her first choice, but she has accepted Brazil with open arms and is very excited about her adventure.

Sarah’s mother, Mrs. Randy Oliver, accompanied her to the club’s July 12, 2022, meeting and Sara was introduced by Ric Myers, the District Youth Coordinator.

Sorocaba is a municipality in the state of São Paulo located in the southern part of Brazil. Its climate is subtropical, and her seasons there will be just the opposite of ours in the Northern Hemisphere.

The club solicits online applications from local Interact and Rotaract clubs, although non-affiliated students are also eligible. Applicants are asked to list up to five countries in order of preference, they are then interviewed by club and district members, and the final decision in matching the student with a country is made by the district taking availability and potential restrictions into consideration.

The Parole Rotary Club will be sponsoring another exchange student starting on August 20. This will be a student from Indonesia who will attend Broadneck High School. She will be introduced to the club at the August 23 meeting.Share